According to Malekmian, Arif was residing in the city of Monaghan in an emergency direct provision centre. Asylum seekers in that centre described Arif as an “intelligent and educated” man. While no scientific evidence shows a correlation between intelligence and levelheadedness, there seems to be an association between education and dissidence. If so, it may be the case that Arif fell under the class of dissident asylum seekers—those who are less likely to obey Milgramesque directives meted out by authority.

First, let’s consider the facts. Malekmian discovered that “those close to Arif were fearful of his mental health” and “urged him to go to the doctor” before his death. However, Abolish Direct Provision alleges that Arif had sent several e-mails to the International Protection Accommodation Service requesting to be transferred. If Arif had close connections to people in the Monaghan centre, how do you explain the copious requests for a transfer?

It could be that Arif’s request for a transfer was grounded on the idea that other cities offered better employment opportunities. A request to transfer in order to gain better access to employment is motive for life, is it not? Indeed, access to employment is undoubtedly an alibi for Arif, given employment is a requisite for most asylum seekers who have a responsibility to financially assist their families in their home countries. This raises another question: if Arif sought to assist his family back in Afghanistan, suicide would thwart this very goal, would it not?

Mysterious Deaths in Ireland’s Direct Provision: Suicide or Murder? If Murder, How Long Will They Get Away With It?

It may be that Arif’s transfer had little to do with employment and more to do with behaviour within the Monaghan centre itself. In Out of the Miqlaatun into the Fire, I describe the parlous state of encountering a post-Wahhabistic form of social control by so-called asylum morality police—a faction of male asylum seekers in Direct Provision, and how Islam was the driving force.

But Arif was Muslim, wasn’t he? Arif’s status as a Muslim is a plausible rebuttable to the phenomenon, in light of the fact that he would have obeyed the tenets of Islam. Building on this argument, it is quite possible that Arif would not have come to the attention of them. Further, research seems to indicate that “…asylum seekers may face unique risk factors for mental disorder before, during, and after their migration leading to suicidality.” While this may be true, the article cited asserts “the lack of early and thorough exploration of suicidal intent in this population requires large-scale quantitative studies to evaluate the effectiveness and feasibility of current practices in mental-health care and suicide prevention.” In other words, it is difficult to determine what may lead to an asylum seeker’s suicidality.

If research does not support the suicidal argument, could it be that we are all ignoring a common cause? Is it within the realm of possibility that another faction of asylum seekers like those mentioned in Out of the Miqlaatun into the Fire, bullied Arif to suicide? If we factor in Arif’s intelligence and education, and its connection with dissidence, are we looking at another protest psychosis incident? It is plausible that the political abuse of psychiatry, as experienced by my confidential source, may have variations to fit the individual profile of specific asylum applicants.

If so, does this point to intentional murder? The phases drafted in Dominant Woman were preliminary and mirrored the direct behaviour of men in direct provision. As far as we know, Arif was not a member of the LGBTQ community. If not LGBTQ, then it is unlikely male asylum seekers would have exposed Arif to similar phases. Moreover, Dominant Woman was silently condemned by several NGOs and politicians in Ireland, and lacked the imprimatur given to the asylum morality police. If the protest psychosis was the cause, and it has variations, how long will it be before they use it on someone else? Better yet, will it result in someone’s death? 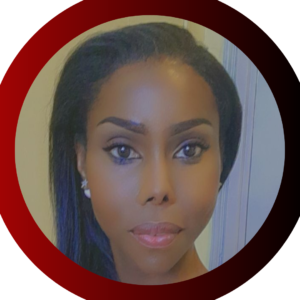